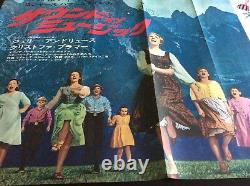 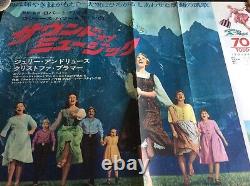 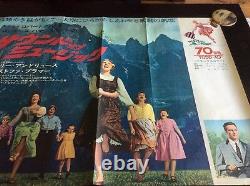 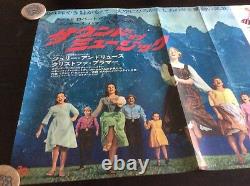 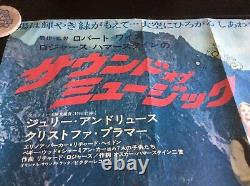 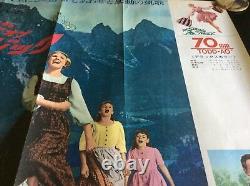 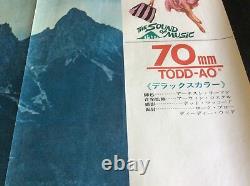 These are typically a vertical format poster, but can occasionally be in a horizontal format. Rodgers and Hammerstein's The Sound of Music, the classic 1965 Robert Wise. (winner of the Best Director Academy Award for this film) family musical (from the hit Broadway play by Rodgers & Hammerstein; "The happiest sound in all the world"; winner of the Best Picture Academy Award) starring Julie Andrews. (nominated for the Best Actress Academy Award for this film; as Maria), Christopher Plummer.

Also note that this poster was folded at one time but has been laying flat for a long time and will be sent rolled in a tube. Condition: good to very good. There are some jagged tears at upper left and right that have been repaired with tape from the back that slightly bleeds through to the front.

There is moderate fold and border wear. The item "Super Rare SOUND OF MUSIC Original Japanese Roadshow B1 Movie Poster 1965" is in sale since Saturday, May 25, 2019. This item is in the category "Entertainment Memorabilia\Movie Memorabilia\Posters\Originals-International\1960-69".